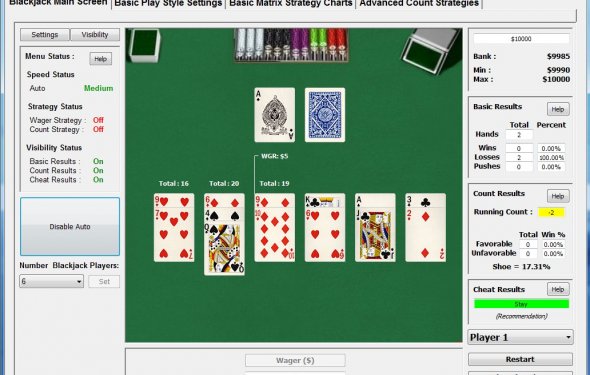 “Mad Jack” was known for fighting with a longbow, arrows, and a Scottish broadsword.

His famous quote was, “Anyone who goes into action without his sword is improperly armed.”

I’m not sure how that translates to markets. Maybe “Anyone who goes into a trade without his risk point is improperly armed.”

The other guy did something of a more recent vintage:

Don Johnson — no relation to the Miami Vice guy — took $6 million in one night from the Atlantic City Tropicana casino. Not long before, he hit Caesars for $4 million and the Borgata for $5 million.

And he did it all playing blackjack.

The tale is fascinating. You can read it here: “The Man Who Broke Atlantic City” from, oddly enough, The Atlantic magazine. Here’s an excerpt:

Dozens of spectators pressed against the glass of the high-roller pit. Inside, playing at a green-felt table opposite a black-vested dealer, a burly middle-aged man in a red cap and black Oregon State hoodie was wagering $100, 000 a hand. Word spreads when the betting is that big. Johnson was on an amazing streak. The towers of chips stacked in front of him formed a colorful miniature skyline. His winning run had been picked up by the casino’s watchful overhead cameras and drawn the close scrutiny of the pit bosses. In just one hand, he remembers, he won $800, 000. In a three-hand sequence, he took $1.2 million.

You may think this is another “card counting” story. Some famous and successful traders, like Blair Hull in New Market Wizards, and more notably Ed Thorpe and Bill Gross, got their start counting cards at the blackjack table.

Later on, Ben Mezrich wrote a book called “Bringing Down the House” about an MIT blackjack team that made millions in Vegas.

(The book was later turned into a crappy movie with Kevin Spacey. I normally like Kevin Spacey, but this time he was slumming for a paycheck. Or so I heard. I read the book but missed the flick.)

Anyhow, when you hear about someone making millions at blackjack, you automatically think “card counting” — the spotter, the big player, doing a smash and grab on the casinos, that kind of thing.

But what is so fascinating about Don Johnson’s multi-million dollar scores is, he didn’t count cards (which would have gotten him thrown out anyway).