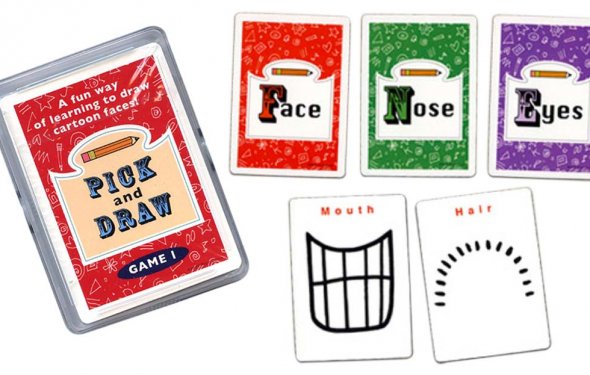 The draw of a card can dramatically change one’s fortunes and all cards are kept face down, close to the chest — opportunities for deceiving your opponents abound!

Expect to feel like you are in an old western flick, sitting around a table with a pack of other disreputable cowboys.

You’re dealt five cards, as you would expect, which you’ll be able to keep or discard in the single drawing round.

You have five cards and four spades. Dispensing of one card, how often will you make your flush?

The odds are long. There are forty-seven unseen cards, nine of which are spades, making your hopes slightly worse than a 4:1 dog to be realised at 19%.

An open ended straight draw, such as 7-8-9-T, can only draw eight cards, four jacks or four sixes, and thus is a marginally longer shot.

The point we’re arriving at being, with just one drawing round in this game, chasing a flush or a straight is precarious. Flushes and straights are strong hands, but four-card draws to them are weak.

A pair or two are the meat and potatoes of this game.

As a rule, when you draw one card with two pair, you have a small chance, 8.5%, of making an exceptionally strong hand, but will already hold a strong enough hand to show down.

The Price of Deception

Some players will “false card” in two common situations.

Holding a hand like A-J-J-J-X they will draw one, keeping the ace, to feign that they hold a weaker hand in two pair or a flush draw. With one pair, such as J-J-2-Q-5, they might draw two instead of three, to represent a stronger three-of-a-kind, than reveal their hand clearly as one pair.

There may be something to the former case, but the latter is usually ill-advised.

Firstly, one is infrequently dealt three of a kind, so sending a message that one has had such good fortune will be a tough sell. Secondly, there is a cost associated with false carding — one less chance to draw to three-of-a-kind. The reward of deception is seldom worth the cost, acutely so against unobservant opponents.

A slightly better case can be made for the A-J-J-J-X false card play. One is still paying a cost to otherwise improve one’s hand, but the difference is less dramatic. The deception is also stronger. Two pair is a more common holding and will often be a pot-controlling or check-calling hand in many circumstances, whereas three-of-a-kind will often desire an extra bet to enter the pot after the draw.

As with most Pot Limit games, just calling the big blind before the flop is inadvisable to open the action. The exception to this is perhaps found in the small blind, where a 50% discount can sometimes be found.

If a player just calls the big blind in front of you, matters change. In such circumstances entering for a call as opposed to a raise may be preferable, particularly if there is a chance a trap is being laid before you.

Calling out of the big blind can be a welcome proposition in Five Card Draw, relative to other games, because there is only one betting street thereafter to manage.

A trick-taking game is a card game or tile-based game in which play of a "hand" centers on a series of finite rounds or units of play, called tricks, which are each evaluated to determine a winner or "taker" of that trick. The object of such games then may be closely tied to the number of tricks taken, as in plain-trick games such as Whist...

Draw for Turn: A Trading Card Game Documentary (WorldEx)
Related Posts
Categories
Latest Stories
Blackjack decision table The same abbreviations that were used in the tables and charts for single-deck...
Play Blackjack online free Practice Free blackjack, as the name would imply, is any game of blackjack where...
Top Blackjack Tips Even though a standard blackjack strategy can help you get ahead, there...
Rules of Blackjack Simple When you first start playing blackjack you will likely be introduced to...
House Advantage in Blackjack Online blackjack is one of the most played games by players from all over...
Virtual Strip Blackjack Blackjack originated in the 1700s, making it one of the oldest and most...
Probability of winning in Blackjack Introduction Doublet Blackjack is a blackjack game created by Gamesys N.V...