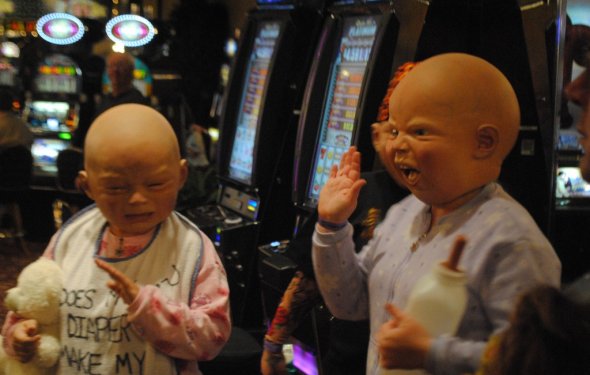 In the past few years there has been a proliferation of blackjack side bets based on the theme of the dealer busting. Among these side bets are “Bet the Bust, ” “Bust Bonus, ” “Bust It, ” “Buster Blackjack, ” and “Dealer Bust 21.” The market probably has room for one of these to be moderately successful: the winner of that battle is still to be determined. Among these, the wager “Bust It” (BI) has been around the longest. It is offered both as an ordinary blackjack side bet and as a side bet for Spanish 21. This article considers the countability of BI for ordinary blackjack. If a reader can confirm that they’ve recently seen BI available with Spanish 21, I will analyze that as well.

BI is a side bet that wins if the dealer busts with exactly 3 cards. If one or more players make a BI wager, then the dealer will draw a third card to any hand with a total of 12 to 16. This draw will take place even if there is no action left by any player at the table. The BI bet wins for the player if the dealer busts with three cards. The payouts for winning BI bets are as follows:

The following tables give the combinatorial analysis for the BI bet for 2 and 6 decks.

In particular, note that:

As usual, card counting is much stronger with two decks than with six decks. I will first consider the two-deck version.

Note that by removing a single Ace from a two-deck game, the edge moves towards the player by 2.75%. This is a tremendous change in edge for a single card and indicates that this bet is highly countable. Intuitively, an Ace is the only card that cannot be part of a three-card busting hand, so removing Aces is very good for the player-side.

Similarly, removing a single Six from the two-deck game shifts the edge towards the house by 2.05%. A six forms the most bustable hand (T, 6). Likewise, sixes are required for the top payout of 15-to-1. The EOR for a seven is unexpectedly low. However, sevens create standing two-card totals (T, 7). Moreover, sevens only bust the two-card dealer starting totals of 15 and 16.

Based on these EOR’s, I developed and evaluated three card counting systems:

System #1 is the “optimal” system. I simply use the EOR’s to two decimal places, scaled to make the index for an Ace equal to 3. It is not feasible to use system #1 at the table, but it is useful to analyze as it gives an upper bound for the profit available by card counting BI.

The Mechanic's Grip is one of many ways to comfortably hold a deck of cards. The mechanic's grip is a standard grip utilized primarily by magicians and card cheaters as it allows a sturdy and versatile means by which to hold the cards. Covering the deck with your hand allows you to do things you regularly would not, such as viewing the top...

If you have this blackjack table and are thinking of being the house, and believe you have an 8% edge, you have a lot to learn, and I would suggest you dont rush into this. With proper play, the house's edge is roughly 0.4% to 0.5%, way,way smaller than your figure.
You can never guarantee that you will have enough cash - I dont have any exact answer for how much cash is reasonably "enough", but I'm guessing you should have in the neighborhood of 100 maximum bets.
You should think in terms of lowering the maximum bet allowed from $2,500 to something much smaller.