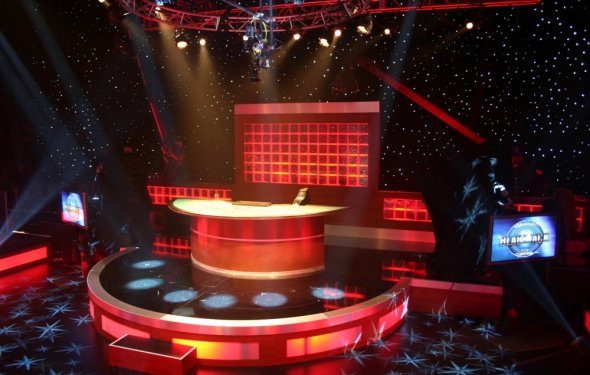 The World Series of Blackjack is a made for television event that brings together many of the world's top players. There are also a number of celebrity players included in the tournament as well. This was clearly an attempt to capitalize on the massive popularity of poker tournaments in the hopes that the same could be done with blackjack. This has been tried in the past but it has met with limited success, mainly due to the way the games were played. Players would simply bet the minimum until they got to the final. This made for some pretty dull games, a situation that would have to change if the game was to become more popular.

Probably the most important change that was made was to add two knockout cards to the deck. When one of these cards is dealt the player with the lowest number of chips is eliminated. This means that players have to bet larger in the early rounds to make sure that they are not the one with the lowest chip total. Other changes include a power chip which can be used once each round. This allows the player to change one of his cards for the next card in the deck. After twenty five hands the player with the most chips is the winner.

These changes have really helped to make the games more interesting and has attracted a lot more attention to the World Series of Blackjack than to previous attempts at making blackjack a spectator event. That being said it still trails far behind poker popular in popularity. This probably has a lot to do with the fact that there is a lot more skill involved in poker. This helps to ensure that the better player will win so that star players can be established. This doesn't generally happen in blackjack.

The World Series of Blackjack is a closed tournament and most of the players are invited to play. However there are some spots reserved for players who win their way in through a satellite tournament. That means than anybody can get a chance to play in the tournament if they are good at blackjack. With over a million dollars in prize money this attracts a lot of players. Given that blackjack is largely a game of luck it may be well worth it to give the World Series of Blackjack a shot.

The World Series of Blackjack is a televised blackjack tournament created and produced by the cable network GSN. It is a closed tournament; players are either invited to play or can attempt to win a spot via a satellite tournament. Rounds are edited into 1-hour episodes and broadcast on GSN. Matt Vasgersian and Max Rubin provided commentary for...

World Series of Blackjack Online Tournament
Related Posts
Categories
Latest Stories
Blackjack decision table The same abbreviations that were used in the tables and charts for single-deck...
Play Blackjack online free Practice Free blackjack, as the name would imply, is any game of blackjack where...
Top Blackjack Tips Even though a standard blackjack strategy can help you get ahead, there...
How to win at Blackjack every time? It can be incredibly frustrating. Everything you’ve read says that blackjack...
House Advantage in Blackjack Online blackjack is one of the most played games by players from all over...
Virtual Strip Blackjack Blackjack originated in the 1700s, making it one of the oldest and most...
Probability of winning in Blackjack Introduction Doublet Blackjack is a blackjack game created by Gamesys N.V...