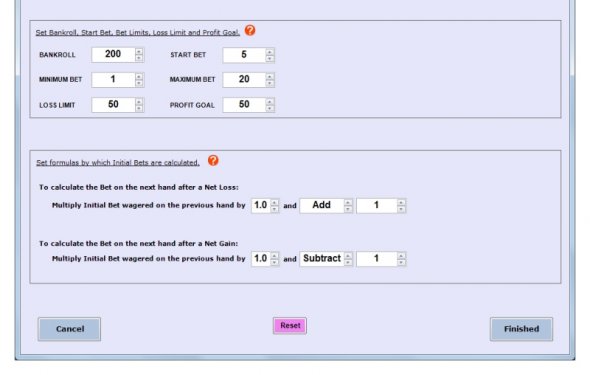 For some successful gamblers, getting ejected for being too good is an occupational hazard. One second, they’re pulling up to a casino in a complimentary luxury car service, and the next second, casino security is hustling them out the back door like some common shoplifter.

That is basically what happened to Justin Mills, a 23-year-old videographer and high-rolling blackjack player from Silver Spring, whose ignominious exit from Maryland Live landed on YouTube and caught the attention of the Baltimore Sun.

His crime? Card counting, which is not actually illegal but enough of an infraction in the eyes of casinos that afterward, Maryland Live sent Mills a letter, school-principal style, telling him he was not allowed to come back to the Arundel Mills casino.

Stephen Martino, director of the Maryland State Lottery and Gaming Control Agency, told the Sun that card counting that is done “using intellectual capacity to keep track of cards is not prohibited by state law or regulation.” What would make it illegal is if the gambler has mechanical or electronic help. (Yes, there is an app for that.)

Many professional and amateur gamblers defend card counting, and it has been elevated to a righteous cause for some. Andrew Bloch, World Series of Poker veteran and former MIT Card Counting Team member, said at a conference last year that “our ability to think is what really makes us human, and it separates us from other animals, and when you kick someone out of a business or a country or whatever just because that person is exercising their ability to think, to me that’s an affront to civil rights.”

Not all his fellow gamblers feel that way. Often the folks who catch card counters for casinos are former card counters. Casinos supplement their know-how with hi-tech surveillance systems. Maryland Live alone, as my colleague Josh du Lac reported, has “license plate recognition systems, tracking software to follow certain people through the casino and 360-degree, high-definition cameras that record with so much clarity that surveillance operators can zoom in after the fact.” Card counters, righteous or not, don’t stand much of a chance. Just ask Ben Affleck, who was asked to leave the Hard Rock Hotel & Casino in Las Vegas for card counting. Affleck told Details magazine later, “I took some time to learn the game and became a decent blackjack player. And once I became decent, the casinos asked me not to play blackjack. I mean, the fact that being good at the game is against the rules at the casinos should tell you something about casinos.”

In Mills’s case, he did not seem that upset about his card-counting allegations. Instead, he objected to what he considered his manhandling by casino security and posted a video of his involuntary departure on YouTube for all to see. Heather Stone, a spokeswoman for the Anne Arundel County state’s attorney’s office, told the Sun that a District Court prosecutor “reviewed the evidence and found it to be insufficient to proceed with criminal charges.”

Cheating in poker is any behavior outside the rules that is intended to give an unfair advantage to one or more players.
Cheating can be done many ways, including collusion, sleight-of-hand (such as bottom dealing or stacking the deck), or the use of physical objects such as marked cards or holdout devices.
Cheating occurs in both friendly...