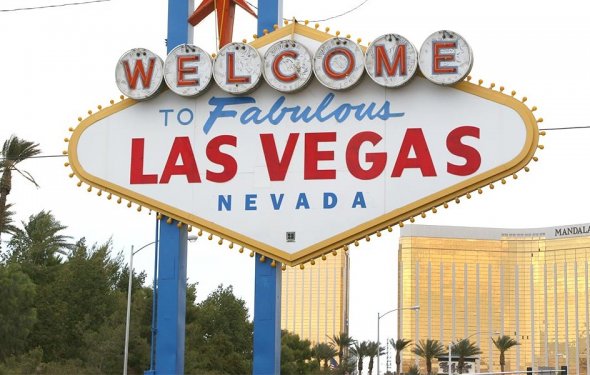 They used math to beat casinos for a living.

Their exploits have been immortalized on the silver screen — in films like "21" — and before that between bindings on the best-seller list.

Educated at the prestigious Massachusetts Institute of Technology, the MIT Card Counting Team hauled millions of dollars out of casinos from coast to coast throughout the '80s and '90s.

Now, the team is long gone, but a few of its former members made an appearance at the 15th International Gambling and Risk Taking Conference at Caesars Palace this week to look back at their time counting cards for big cash.

You might recognize Andy Bloch, a self-proclaimed inventor and frequent player at the World Series of Poker. Already graduated from MIT in the mid-'90s, Bloch joined the team after he went to a buddy's poker party and met a student looking to start up a team.

Henry Houh's entrance came out of a curiosity. A grad student at MIT at the time, Houh couldn't help but notice his officemate lugging thousands of dollars in casino chips back to work.

Majestically broke and paying his way through school, Houh couldn't turn down the offer to join.

A lot of those crazy stories kept many former members from attending the conference.

Like John Chang, who helped form the team in the early 1980s. Caesars later 86'd him for a reason he's not entirely sure of. But he recently sat down with Bloch to record video responses to play in his absence.

"The way people are abused? It's not quite like Guantanamo. It sort of paves the way for Guantanamo, " Chang said, joking. "We're kind of the canaries in the coal mine."

Card counting isn't illegal, but casinos are wary of any tactic that can improve a player's chances. If a pit boss has reason to believe a player is counting — usually suggested with rapidly raised bets when the cards are stacked against the house — that boss can simply ask the player to leave.

The barring of gambling pros from casinos is a topic Bloch has always been passionate about.

"What that says about our freedoms and the direction we may be going, " Bloch said. "Our ability to think is what really makes us human and it separates us from other animals, and when you kick someone out of a business or a country or whatever just because that person is exercising their ability to think, to me that's an affront to civil rights."

In Columbia Pictures' 21, Jill Taylor (Kate Bosworth, pictured) uses her brains and her beauty to win at blackjack and take Vegas for millions.

As the MIT team began to catch the attention of casino kings across the country, it didn't take long for its reputation to tarnish.

Griffin Investigations was once the most prominent group of private investigators specializing in the gaming industry. The company was founded in 1967 by Beverly S. Griffin and Robert R. Griffin.
The company maintained dossiers on card counters, serial jackpot winners, and other individuals, chiefly professional gamblers using legal techniques...

Who are the members of the MIT card counting team?

Semyon Dukach was one of the main MIT Blackjack Team members and happens to be of European decent. He used that to his advantage by mentioning that he was a Russian arms dealer with lots of cash to use. The MIT Blackjack Team was a group of students and ex-students from the Massachusetts Institute of Technology, Harvard Business School, Harvard University, and other leading colleges who used card-counting techniques and more complicated strategies to defeat casinosat blackjack worldwide. The team and its winners acheived profitably from 1979 through the beginning of the 21st century. Ma…