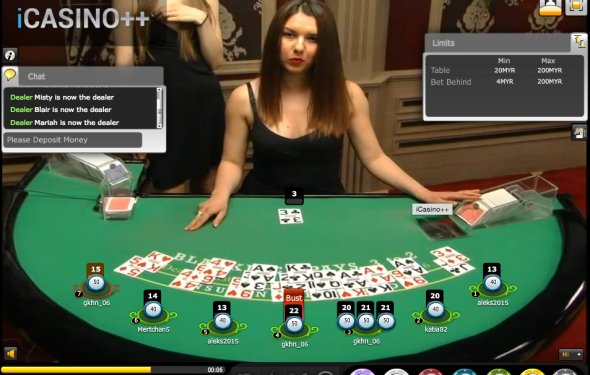 You’ll find more casino gambling strategies on the Internet than you’ll ever be able to read. Here’s what you need to understand about almost all of them:

They can’t overcome the house edge in the long run.

What does that mean?

Here are six offbeat strategies that will add a little spice to your next casino outing.

The minimum boldness strategy means that you’re making the smallest possible bet you can with your bankroll. If you’re playing a game where you have an edge, you minimize your chances of going broke because of a short term streak of bad luck.

But if you’re playing a game where you don’t have an edge, you maximize the chance that eventually your opponent (usually the casino) will eventually win all your money.

The maximum boldness strategy, on the other hand, means you’re going to bet your entire bankroll once. If it’s an even-money bet, you’ll either double up or go broke.

Here’s how it would work in actual practice:

You’re going to Vegas, and you have $200 to gamble with. You don’t like baccarat or blackjack, and you want to try to double your money. You decide on roulette, since it’s easily understood and practically effortless. You put all your money on red.

You don’t have a 50% chance of doubling up; your odds of winning that bet are only about 47%. That’s still pretty close, though.

But if you tried to play $20 per bet ten times in a row, you’d be a lot less likely to double your initial bankroll–every bet you make brings you that much closer to the long run. The closer you get to the long run, the more likely your actual results are going to resemble your mathematical expectation.

Most people don’t think the maximum boldness strategy is exciting.

But here’s one fun way to put it to use:

Suppose you’re just playing slots, and you’ve been lucky—you’re up $1000 for the trip.

Take those winnings on the last day of your trip. Put them on red or black at the roulette wheel. You have a reasonably good (47%) chance of going home with $2000 instead of $1000.

On the other hand, you have an even better chance of going home broke.

Either way, you’ll have a story to share. And that last big bet of the trip will be a rush, I promise.

I read about this strategy on Michael Bluejay’s site. The odds of winning $1 million the traditional way, via a progressive jackpot or a lottery, are at least 1 in 8 million—maybe worse, depending on the game you’re playing.

Bluejay points out that if you parlay your winnings at an even-money bet 17 times in a row, your odds of winning a million dollars are a lot better. As it turns out, their better by several orders of magnitude.

K & G Summer X John Patrick
Related Posts
Categories
Latest Stories
Blackjack decision table The same abbreviations that were used in the tables and charts for single-deck...
Play Blackjack online free Practice Free blackjack, as the name would imply, is any game of blackjack where...
Top Blackjack Tips Even though a standard blackjack strategy can help you get ahead, there...
How to win at Blackjack every time? It can be incredibly frustrating. Everything you’ve read says that blackjack...
House Advantage in Blackjack Online blackjack is one of the most played games by players from all over...
Virtual Strip Blackjack Blackjack originated in the 1700s, making it one of the oldest and most...
Probability of winning in Blackjack Introduction Doublet Blackjack is a blackjack game created by Gamesys N.V...