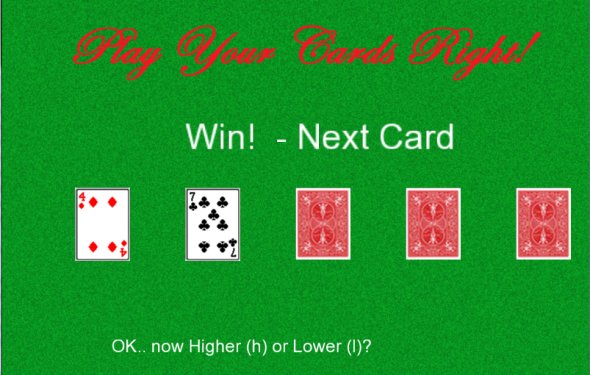 Playing cards is one of my favorite past times. Whether I’m playing with my family after clearing the table or struggling to play during a long, cramped car trip, card games have always been a big part of my life. These are a couple of card games that are both fun and can even be educational.

Crazy Eights is a game I learned a little later in life and could be a little too complicated for younger kids. The object of the game is to play all of the cards in your hand first. To begin, the dealer will deal each player eight cards face down and place the reminder in the center. The eight acts as a wild card, while the 2’s force the next player to pick up 2, while a 4 forces the next player t

o miss a turn. The Queen of spades will force the next player to pick up eight. This game is very similar to UNO, to start the player to the left of the dealer flips a card over from the deck of cards in the middle. They then have to try and play a card that matches the suit of the card in the discard pile. If they don’t have a matching suit then they can play a card with the same face value of any suit. If they can do neither than they have to draw a card and skip their turn. If a player changes the suit by playing a card of the same value then the next player must first try to match that suit.

31 is a fast and very easy card game to play with kids. This game requires basic addition, as they will need to be able to count up to 31. To start, each player will receive three cards face down. Once dealt, the players will look at their cards. They will then take a turn picking up a card from the pile in the middle and discarding a card. The object of the game is to have a sum of 31 in your hand before the other players. The card face value is used for counting so 1 – 10 are worth their face value and face cards are worth 11, however Aces can be used as either 1 or 11.

How to Play Basic Card Games - Hearts
Related Posts
Categories
Latest Stories
Blackjack decision table The same abbreviations that were used in the tables and charts for single-deck...
Play Blackjack online free multiplayer Blackjack is usually a semi-based-on-luck activity where the odds could...
Top Blackjack Tips Even though a standard blackjack strategy can help you get ahead, there...
How to win at Blackjack every time? It can be incredibly frustrating. Everything you’ve read says that blackjack...
House Advantage in Blackjack Online blackjack is one of the most played games by players from all over...
Virtual Strip Blackjack Blackjack originated in the 1700s, making it one of the oldest and most...
Probability of winning in Blackjack Introduction Doublet Blackjack is a blackjack game created by Gamesys N.V...