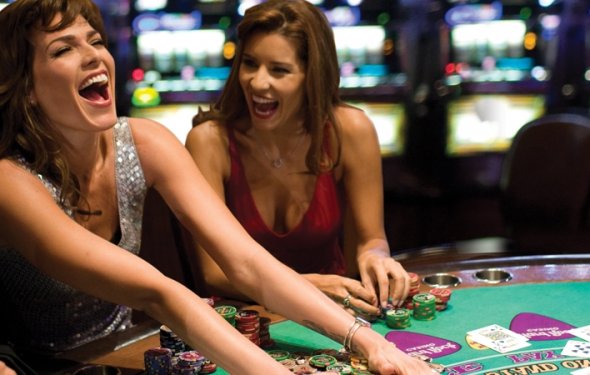 One of the lesser known skills among blackjack players involves recognizing dealer tells and exploiting them. Now this might sound strange because blackjack isn’t like poker where you’re trying to judge the strength of an opponent’s hand before making moves of your own. Instead, you make decisions based on your score total versus the dealer’s upcard. But with the blackjack dealer tells concept, you look for subtle gestures and cues as to what the dealer’s hole card is. Now that we’ve covered the introduction on this subject, here are some more things you need to know.

Some people argue about whether or not dealer tells exist in blackjack, but the general consensus among skilled players is that casino dealers can be read. Of course, just like blackjack players, some dealers are worse than others, which means you’re more likely to read certain dealers better. That said, finding the most blatant dealers is one of the biggest skills in this art.

The idea of a blackjack dealer tell isn’t meant to pinpoint their exact card, but rather define their range of cards. And here are a couple of the most common tells you’ll see in casinos where dealers check for a blackjack with their hole card:

Low Card Tell – Cards with a 2, 3, 4, 5, and 6 are hard for dealers to initially see when peaking at their hole card. So they often have to bend the card a little higher than usual, and/or do a double-take to ensure they don’t have an ace. This is especially the case with a 4-value card because it’s harder than any other to see right away.

Paint Card Tell – Face cards and those with a 7, 8, 9 and 10 are much easier to see upon initially peaking, and dealers don’t have to bend these cards as much either. With this being the case, you can be fairly certain that the dealer has a card valued above 6 if they do a quick glance at their hole card, then turn their attention back towards players.

Chances of finding Dealers who give off Tells

Both casinos and dealers are well aware of the fact that some players look for tells. So naturally, dealers are instructed to watch for actions that could possibly give off cues to their card value. With this being the case, novice blackjack players aren’t just going to walk into the casino and wins tons of money by spotting tells. Instead, this is a skill that you must acquire through a combination of experience and finding dealers who do give off tells.

The DC Universe (DCU) is the shared universe where most of the comic stories published by DC Comics take place. The fictional characters Superman, Batman and Wonder Woman are well-known superheroes from this universe. Note that in context, "DC Universe" is usually used to refer to the main DC continuity. Occasionally, "DC Universe" will be used...

Black jack dealer
Related Posts
Categories
Latest Stories
Blackjack decision table The same abbreviations that were used in the tables and charts for single-deck...
Online Blackjack Bonuses One driving force behind the popularity of online blackjack is that many...
Top Blackjack Tips Even though a standard blackjack strategy can help you get ahead, there...
Values of cards Once you’ve familiarized yourself with some of the key cards to look for...
House Advantage in Blackjack Online blackjack is one of the most played games by players from all over...
Take 2 card game rules I couldn’t find any rules for the variation of Euchre for two players anywhere...
Probability of winning in Blackjack Introduction Doublet Blackjack is a blackjack game created by Gamesys N.V...