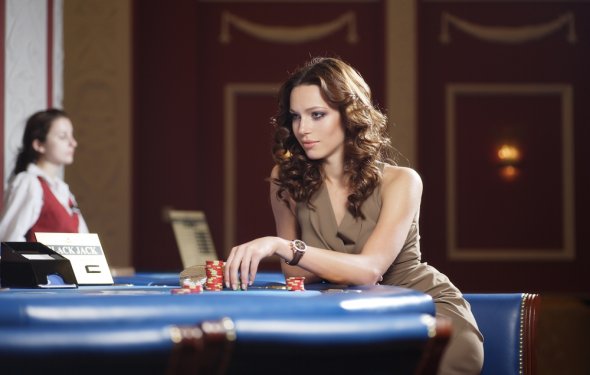 Is one of the most played casino games in the world, and with good reason: it’s the simplest to learn and it’s quite fun to play. You find out in seconds if you have won, which makes each flip of the card a thrill like no other. Learn how to play Online Blackjack here.

When playing Online Blackjack for the first time, you will realise how quickly the game goes. This is because there isn’t much for you to process, just some simple arithmetic that the average seven year old can handle. Now that I have your interest, let’s begin, shall we?

The Aim of Online Blackjack

The aim of the game of Online Blackjack is to beat the dealer by reaching a card total that is less than or equal to 21, but higher than the dealer’s. Players can also beat the dealer by achieving Blackjack, which means their first two cards need to be an Ace and any 10-value card. The dealer shuffles the cards and a player is asked to take a section of cards from the bottom of the deck and place them at the top of the deck. This is also known as cutting the deck. In an effort to enforce the randomness of cards, the top card is removed from the deck by the dealer and placed in the discard tray. This is generally repeated each time a new player joins the game.

After placing their opening real money bets, players are dealt two cards, both of which are up-facing. Dealers then deal two cards to themselves, one of which is face up, allowing players to start planning their next move.

In Online Blackjack, the payout ratio differs depending on whether the player has blackjack or a card total of 21. Another way to beat the dealer is by hitting (asking for another card) until your card total is higher than theirs without you going bust (having a card total that exceeds 21).

If your hand total exceeds 21, your hand is bust and you lose your real money bet, regardless of whether the dealer ends up going bust or not.

The standard Online Blackjack table features five to seven playing areas on a green semi-circular felt board. The dealer stands opposite the players, between the shoe, which houses the cards that are still to be dealt, and the discard tray, which will house the cards that have already been used in play.

The most important thing to note on any Online Blackjack table is the writing in the centre of the table. This writing indicates the minimum and maximum real money bets allowed at that particular table, as well as the payout ratio for insurance (we’ll cover that a little later on).

At each playing area, there is a designated space for each player’s cards, and an area above or to the left of the card space for .

Chips can be bought from the dealer before the game starts and then kept on the table just in front of each player.

The Dealer in Online Blackjack

In Online Blackjack, the dealer represents the house. Therefore, the dealer is your opponent. Unlike the players, however, the dealer is bound by strict rules that dictate what they can do with their cards. A dealer is not allowed to take insurance against the possibility that a player might get blackjack, nor can they split pairs, double down or surrender.

learn to play blackjack online
Related Posts
Categories
Latest Stories
Blackjack decision table The same abbreviations that were used in the tables and charts for single-deck...
Play Blackjack online free multiplayer Blackjack is usually a semi-based-on-luck activity where the odds could...
Top Blackjack Tips Even though a standard blackjack strategy can help you get ahead, there...
How to win at Blackjack every time? It can be incredibly frustrating. Everything you’ve read says that blackjack...
House Advantage in Blackjack Online blackjack is one of the most played games by players from all over...
Virtual Strip Blackjack Blackjack originated in the 1700s, making it one of the oldest and most...
Probability of winning in Blackjack Introduction Doublet Blackjack is a blackjack game created by Gamesys N.V...