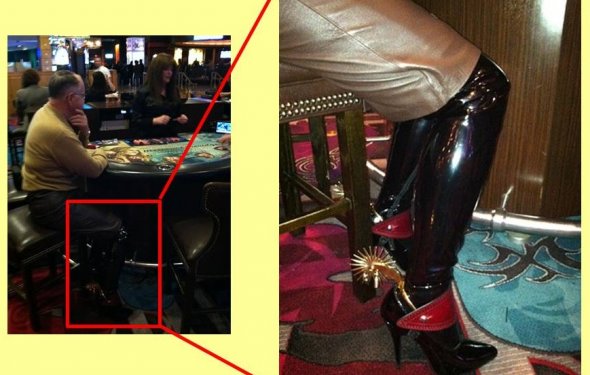 In this post, I discussed card counting the Buster Blackjack (BBJ) side bet in the six-deck case. The player wins the BBJ side bet if the dealer busts. The payout is based on the number of cards in the dealer’s busted hand, with a top payout for an 8+ card dealer busted hand. There are at least eight different pay tables offered with BBJ. I developed card counting systems for two distinct groups of these pay tables. I found that BBJ has moderate vulnerability in the six-deck case for one group of pay tables, but low vulnerability for the rest. This article covers BBJ as a side bet for the two-deck game. I will digress at the end of this post into an obscure issue called the “cut card effect” that impacts the house edge for BBJ if a cut card is used. In my opinion, this effect is the most interesting feature of the analysis of BBJ.

Intuitively, the counter is looking for situations when hands are likely to require a large number of cards to complete. The cards A, 2, 3 often lead to multi-card hands, whereas 7, 8, 9, T are cards that lead to hands that typically finish in two or three cards. Dealer hands may bust or not, but that isn’t what the counter is going after. He just wants situations that are likely to produce multi-card dealer hands.

To analyze system #2, I simulated one hundred million (100, 000, 000) two-deck shoes, with the cut card placed at 75 cards (29 cards from the end). The following table summarizes the results of this simulation:

These numbers indicate that BBJ has a high vulnerability to advantage play in the two-deck case. If the AP uses system #2 against BBJ with pay table #2, on a fast heads-up game where he gets 200 rounds per hour, and the AP makes a $100 wager on BBJ whenever he has the edge, then the AP can earn $246 per hour on the BBJ side bet. The AP using system #2 will have an average edge over the house of 7.30% and will make the bet on 16.83% of his hands.

Hole carding refers to obtaining knowledge of cards that are supposed to be hidden from view in card games. The term is usually applied to blackjack but can apply to other games with hidden hole cards, like three card poker and Caribbean stud poker. So long as it does not involve the use of a device like a mirror or actions like touching the...

Call of Duty Black Ops: Galil Tips and Tricks. (2x Chopper ...
Related Posts
Categories
Latest Stories
Blackjack decision table The same abbreviations that were used in the tables and charts for single-deck...
Play Blackjack online free multiplayer Blackjack is usually a semi-based-on-luck activity where the odds could...
Top Blackjack Tips Even though a standard blackjack strategy can help you get ahead, there...
How to win at Blackjack every time? It can be incredibly frustrating. Everything you’ve read says that blackjack...
House Advantage in Blackjack Online blackjack is one of the most played games by players from all over...
Virtual Strip Blackjack Blackjack originated in the 1700s, making it one of the oldest and most...
Probability of winning in Blackjack Introduction Doublet Blackjack is a blackjack game created by Gamesys N.V...