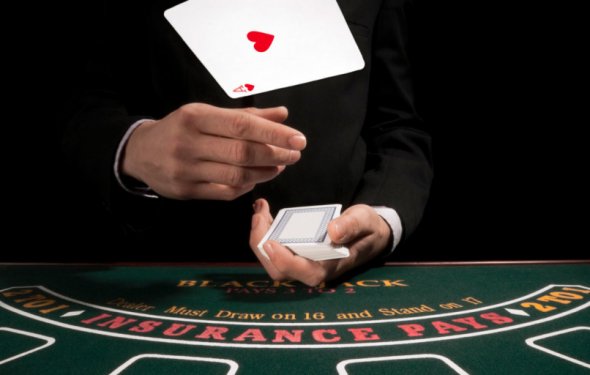 While most famous blackjack players accumulate their wealth on the tables and through books, Kerry Packer is an exception to the norm. Packer built a media empire over his lifetime, and became the richest man in Australia ($A6.5 billion) before his death in 2005. Beyond his extravagant wealth and media empire, the Aussie was known for his high stakes gambling ventures into blackjack, poker, baccarat and other games. Of course, what we’re most interested in here is the blackjack, and how Packer became a legend for his play.

While the house holds a small edge over the average blackjack player, they still feared Kerry Packer. At the stakes the media mogul played, he could either make or break a casino’s profits for the entire year. But he wasn’t always breaking casinos, which is why many establishments allowed him to bet whatever he desired.

On one occasion, Packer reportedly lost $20 million while at the Bellagio Casino in Las Vegas. Another story had the billionaire dropping $19 million at the Ritz Club in Vegas. However, he also experienced plenty of success too such as the time he reportedly forced London’s Aspinalls Club to shut down after winning so much money in blackjack. Another time saw him winning somewhere between $24 and $33 million from the MGM Grand while playing both blackjack and baccarat. Amazingly, it’s said that Packer almost broke the MGM Grand, which resulted in the firing of several prominent employees who let him make huge bets.

There is perhaps no blackjack player – nor gambler of any kind – who can boast of wins and losses the size of Kerry Packer’s. After all, few billionaires are big gamblers, much less to the extent that Packer was. He made blackjack bets worth $300, 000 or more on a single hand, and never sulked after a multi-million dollar losing session.

It’s often been said of the Aussie that he played blackjack when he was bored, and he was bored quite often. Seeing as how he gambled so frequently, Packer was able to accumulate quite a collection of interesting stories. One of the most-told stories was when a Texas oil tycoon was mouthing off to him and said, “You know who I am partner? I’m worth $60 million!” Packer then pulled out a coin and said, “I’ll flip you for it.” As you can tell by this story, Kerry Packer was quite the spectacle at casinos, and it’s no reason why he became such a legend.

How to Successfully Write a Story.

Do you start writing a story but never get round to finishing it? Are you ever unsure of what to write about? Then this article is for you. Every writer needs a little help to successfully write a story but when you get a hang of it then you will be penning some of the greatest stories ever.