How to win Blackjack in casino? 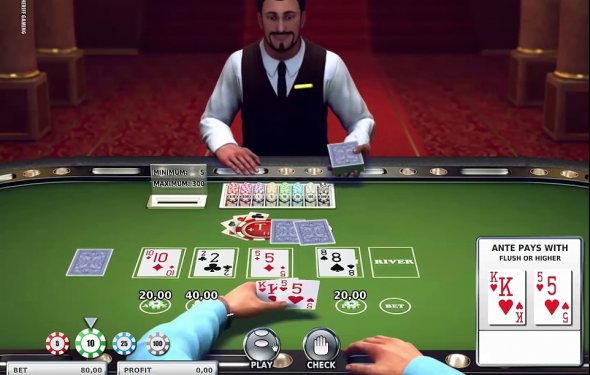 Blackjack can be beaten using a simple Plus Minus count. Casinos have known this for fifty years since Edward O. Thorp wrote a book called Beat the Dealer. But the game is still offered because not enough players take the time to learn how to play blackjack very well.

The house edge changes as cards are removed from a deck of cards. Players must play perfect basic strategy and count cards to take advantage of the times they hold the edge by wagering more.

To do this, the Plus Minus count is used to keep a running total of the "count". As a player sees cards in action, they assign the following numbers and keep a running count in their head.

With a new deck or a new shoe, the count will always start at zero.

Aces and ten cards (tens, jacks, queens and kings) count as minus 1

For example, on the first hand, the cards on the table are a ten, a 5, a 6, an 8, and an ace. You count minus 1 for the ten, back to even with the five, plus 1 with the six, the eight is zero - so ignore it, and back to even with the ace. Your running count is back to zero. As new cards are revealed you continue the count. Any time the count is a minus number or zero, make a bet of one unit.

When the count is positive, bet more than one unit. By betting more when you have the edge, and less when you don't, you can actually beat the casino at blackjack!

Of course you have to practice the count before you ever play for real money!

Now the odds are in your favor, bet two or three units.

In a single deck game you will probably get just one more hand. Your work is done and you got to bet more when you had the edge. Whenever the count is negative or even, bet one unit. If you are playing on a shoe game with more than one deck, you will need to convert your running count to a true count before making your next bet.

Morongo Casino, Resort & Spa is an Indian gaming casino, of the Morongo Band of Cahuilla Mission Indians, located in Cabazon, California, USA, near San Gorgonio Pass. The casino has 310 rooms and suites. A 44-acre (180,000 m), 27-story resort, Morongo is one of the largest casinos in California. At 330 feet (101 m) high, the casino tower is the...

How to Win Blackjack Tournaments

Play Casino Games Such as Roulette, Blackjack How to Win ...
Related Posts
Categories
Latest Stories
Blackjack decision table The same abbreviations that were used in the tables and charts for single-deck...
Play Blackjack online free multiplayer Blackjack is usually a semi-based-on-luck activity where the odds could...
Top Blackjack Tips Even though a standard blackjack strategy can help you get ahead, there...
How to win at Blackjack every time? It can be incredibly frustrating. Everything you’ve read says that blackjack...
House Advantage in Blackjack Online blackjack is one of the most played games by players from all over...
Virtual Strip Blackjack Blackjack originated in the 1700s, making it one of the oldest and most...
Probability of winning in Blackjack Introduction Doublet Blackjack is a blackjack game created by Gamesys N.V...